It’s one thing that a large group of government officials have come together to advocate for the growing cannabis industry, but then you add a game changer like the aptly named REFER Act, and Sessions’ archaically warped threats are once again more and more obsolete.

In response to ongoing threats to the cannabis industry from the U.S. Department of Justice and Attorney General Jeff Sessions, lawmakers have prepared a bill meant to nip funding for federal interference in the bud.

Last week, Representative Barbara Lee (D-CA) introduced a house resolution aimed “to protect states and individuals in states that have laws which permit the use of cannabis, and for other purposes,” entitled the Restraining Excessive Federal Enforcement and Regulations of Cannabis Act or REFER Act for short.

Cosponsored by Reps. Earl Blumenauer (D-OR), Don Young (R-AK), Dina Titus (D-NV) and Jared Polis (D-CO), HR 4779 would create protections for both medical and recreational cannabis by barring federal funding for any efforts by the justice department to interfere in states’ laws when imposing its own.

That includes efforts which seek to “detain, prosecute, sentence or initiate civil proceedings against an individual, business or property that is involved in the cultivation, distribution, possession, dispensation or the use of cannabis in accordance with the law or regulation of the state or unit of local government in which the individual is located,” according to lawmakers

Congresswoman Lee commented in a statement, “The federal government should respect the will of the voters in states that have voted to decriminalize cannabis. It’s time to stop wasting taxpayer money on the failed War on Drugs.”

Lee continued, “I’m proud to introduce the REFER Act, which would prevent the Attorney General and others in the Trump Administration from stifling the budding cannabis industry. If the federal government chooses to interfere in these state matters, it’s up to Congress to prevent this harmful overreach.”

In a release, the National Organization for the Reform of Marijuana Laws (NORML) praised the bill, which it helped Rep. Lee’s team within drafting the language. 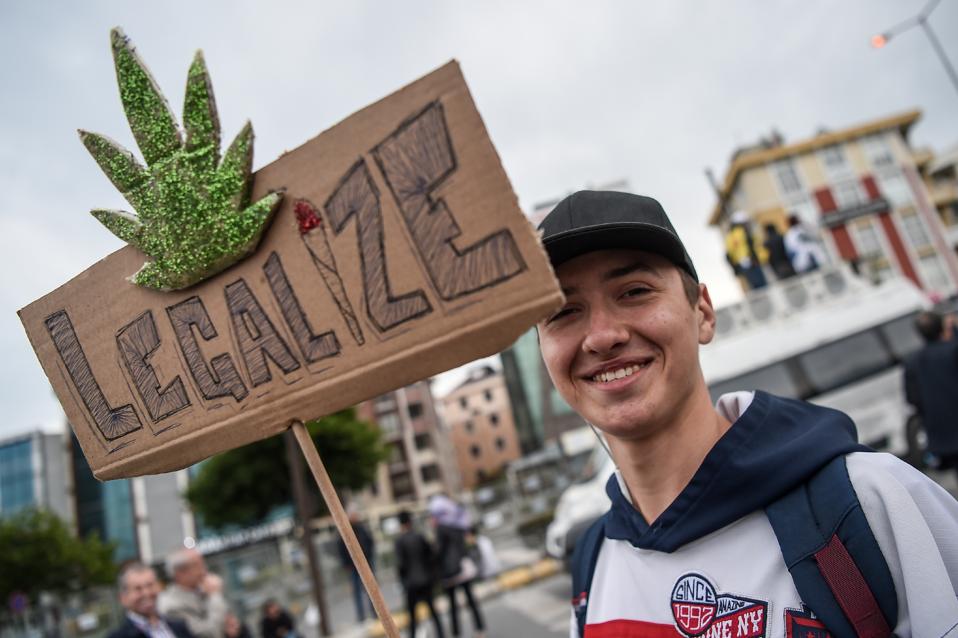 NORML noted that the appropriations-targeting bill would also block the federal government from taking punitive action against a financial institution “solely because [it] provides financial services to an entity” that is involved in marijuana-related activities that are sanctioned on the state level.

Dependable financial services have topped the legal cannabis industry’s wish list for years, especially as federal pressure has continued driving many banks and types of investors to keep their distance.

As a result, legal cannabis operations around the country have been forced to get creative with how they manage, protect or just pay taxes on their cash-heavy revenues and products; when police raids, robberies, or even natural calamities happen, the losses that businesses and individuals incur can often be permanent, leaving otherwise growing businesses high and dry.

Justin Strekal, Political Director for NORML, commented by phone that the nonprofit is “incredibly pleased at the leadership that Rep. Lee has shown” in the marijuana space, including through the REFER bill.

“She truly understands that the federal government needs to get out of the way of states that are ending the absurd and racist policy of marijuana prohibition,” Strekal said. “The REFER Act would go a long way to preventing cannabis bigot AG Jeff Sessions from cracking down on the states that have legalized cannabis.”

“It’s a bill with a fun name and a serious purpose,” he added.

In the past year, lawmakers from both sides of the aisle have helped introduce several pieces of new legislation (and some revamped, long-researched favorites) to address the booming fields of cannabis science, industry, and incarceration in a meaningful way.

As in prior years, recent attempts to change federal cannabis laws have explored different legislative routes to getting the DOJ to lay off while states work to figure it all out.

How effective these approaches will be, both in Congress and on the ground, is yet to be seen. In this moment and juncture in the history of U.S. cannabis, however, it’s at least worth noting (as someone who follows the melee) that confident actions and a little humor can go a long way.